On 3 March 2022, Ajay Krishnan, of Wasatch Global Investors, lead manager of the St. James’s Place Emerging Markets Equity fund, was joined by Martin Hennecke, Head of Asia Investment Advisory & Communications and Joel Carpenter, Divisional Director – Asia Marketing, St. James’s Place Asia. He shared his outlook for the emerging markets, the approach in investing in emerging markets in times of uncertainty, and importantly, how investors may benefit from staying the course.

You may revisit the full webinar recording at this link.

Do you see any contagion effects from the Russia-Ukraine crisis in emerging markets and in particular, India, which has the largest dependence on oil imports (25% of their production) among Asian countries?
In terms of India and its impact on the oil prices, it is a concern. If you think back to 2014, we were in a similar situation where oil was over $120, and that did have an impact on growth across India. But again, we were able to find businesses like Bajaj Finance and Larsen & Toubro Infotech (LTI) that were able to grow their earnings double digit despite all that had been.

Being bottom-up fundamental managers, our job is to find these exceptional businesses. Having said that, there will be companies like Asian Paints that we own in the portfolio that will face some pressure because they are a paint manufacturer. Some of the inputs are directly hurt by the higher oil prices, so they might see margin pressure. But in general, I think the portfolio is pretty resilient. We have no concerns on the holdings, so we are not going to make any wholesale change to the portfolio.

Semiconductors have been called the new oil. While you haven’t actually got holdings in the major players, you have been holding onto niche companies in the field. Could you share on your positioning and what’s your outlook on the industry, especially with China also seeking to join the fray?
We remain extremely positive on semiconductors and the long-term outlook is still intact. Cyclicality typically occurs on the commodity side of semiconductors like memory or passives, which we don’t typically invest in.

The reason we don’t own Taiwan Semiconductor (TSMC) is that while TSMC is a great company, our heritage has been investing in small and mid-cap companies. We try to find undiscovered businesses that we can then own for five, ten or even fifteen years. In that vein, I think companies like Silergy, Aspeed and Lasertec fit the bill.

In the longer term, demand for semiconductors is only going to increase because China is going to try to generate its own semiconductor industry. They don’t want to be beholden to the West, so you will see a lot more semiconductor companies emerge out of China. When the US imposed sanctions in 2018 on Huawei and ZTE, that hurt the semiconductor industry and infrastructure in China, and that was a wakeup call for the government. Hence, they have to redouble their efforts to increase their investments and we think that’s going to be fertile ground for us.

Considering the great performance from Indian companies, whose valuations have now increased many times over in the past few years, have you thought about reallocating to other countries like China, where there could be a chance for a rebound, or Latin America, which has relatively low valuation?
This question is central to our investment process. We consider ourselves to be a high-quality, long-duration manager. What that means is that we are trying to find businesses that can endure and stand the test of time.

Quality can mean different things to different people. For us, the way it manifests is in returns on capital. Hence, the metrics we focus on are the return on equity and returns on capital employed. Once you get that and the duration of the business right, we have realised over the last 40 years that we will have a lot more latitude in the price that we pay for the particular stock. However, we have to spend a lot of energy making sure that the returns are sustainable and that the business is enduring. India is in a very interesting phase right now. I’ve been visiting India twice a year for the last 20 years to research companies and I’ve seen the change that is occurring. Because of reforms enacted over the last five or six years and the move away from China and some of the supply chain issues, you are starting to see a tailwind emerge.

We think of it as the confluence of a number of factors — the digitisation that is occurring in the Indian economy, the financialisation and the formalisation because of the reforms that have been enacted that is finally providing a tailwind. After the last two trips, I’d add one more factor to that — the rise of manufacturing or industrialisation was not something we were banking on.

If you think about the sectors that have done well in India, it has been financial services and IT. But now, we think there is an opportunity for India to create a manufacturing base. India has talked about her strategy since 2014 but over the last couple of years we are finally seeing real traction on the ground. The government has pushed through a programme called Production-Linked Incentives (PLI). Think of it as a subsidy programme where they are now willing to give companies cash if they’re willing to spend a certain amount of money on capital expenditure (capex) and generate sales off that capex. All of these things we think will create a tailwind on the manufacturing side as well, and these are in areas such as specialty chemicals, pharmaceuticals, electronics and automotive.

Finally, that might be the tailwind that India needed because you’re going to see job creation unlike what we’ve seen in other sectors. When you get into broad-based manufacturing, you’re able to provide jobs across the strata, and we think that’s a huge positive for India.

Things are finally aligning both from a macro and a micro perspective. It’s the first time we’ve seen government moves completely aligned with the long-term opportunity in India.

You’ve covered India in terms of this discussion, but what about other countries specifically in the Asia Pacific region? What is your focus at this time and why?
We have significant investments in Taiwan as well. We think that’s a very dynamic area and they tend to benefit from having closer connections with China. A number of the companies are listed on the Taiwanese exchange, but they benefit from having direct exposure to China.

Chailease is one example that I would mention. It is a leasing company that started out in Taiwan and is now growing its business in mainland China. They provide leasing services to small and medium enterprises for the vast majority of businesses in China. This plays into what Premier Xi has been pushing forward — common prosperity. We think there’s going to be a special emphasis on small and medium enterprises in China and a company like Chailease will benefit from that.

We also do keep researching in countries like Indonesia, Malaysia and so on. While we don’t have investments in those countries just yet, there are several names in the hopper, especially Malaysia, that might emerge as a manufacturing powerhouse especially on the semiconductor side, given all the changes we’re seeing in China.

Given that’s what we’re starting with, we’ve always gravitated towards companies that have adhered to ESG principles.

How you apply ESG to your portfolio?
ESG is particularly important in emerging markets. For a business to endure, it has to have good practices across the board, treat all its stakeholders well and has to have good ESG principles.

While ESG has come into vogue recently, for the last 40 years we’ve always tried to find these exceptional businesses run by high-quality management teams that treat all their stakeholders extremely well. For us, it’s part and parcel of our research process.

The other place where we will focus on the ESG when we visit companies on the ground and we will talk to the employees, customers, ex-employees even, and try to get a sense for what this company really stands for.

We try and go beyond the numbers — numbers are very observable, and anybody can do that. But when you actually visit these companies and see how they are treating their employees, that gives us a better sense for what it means from an ESG perspective, especially from a social angle. 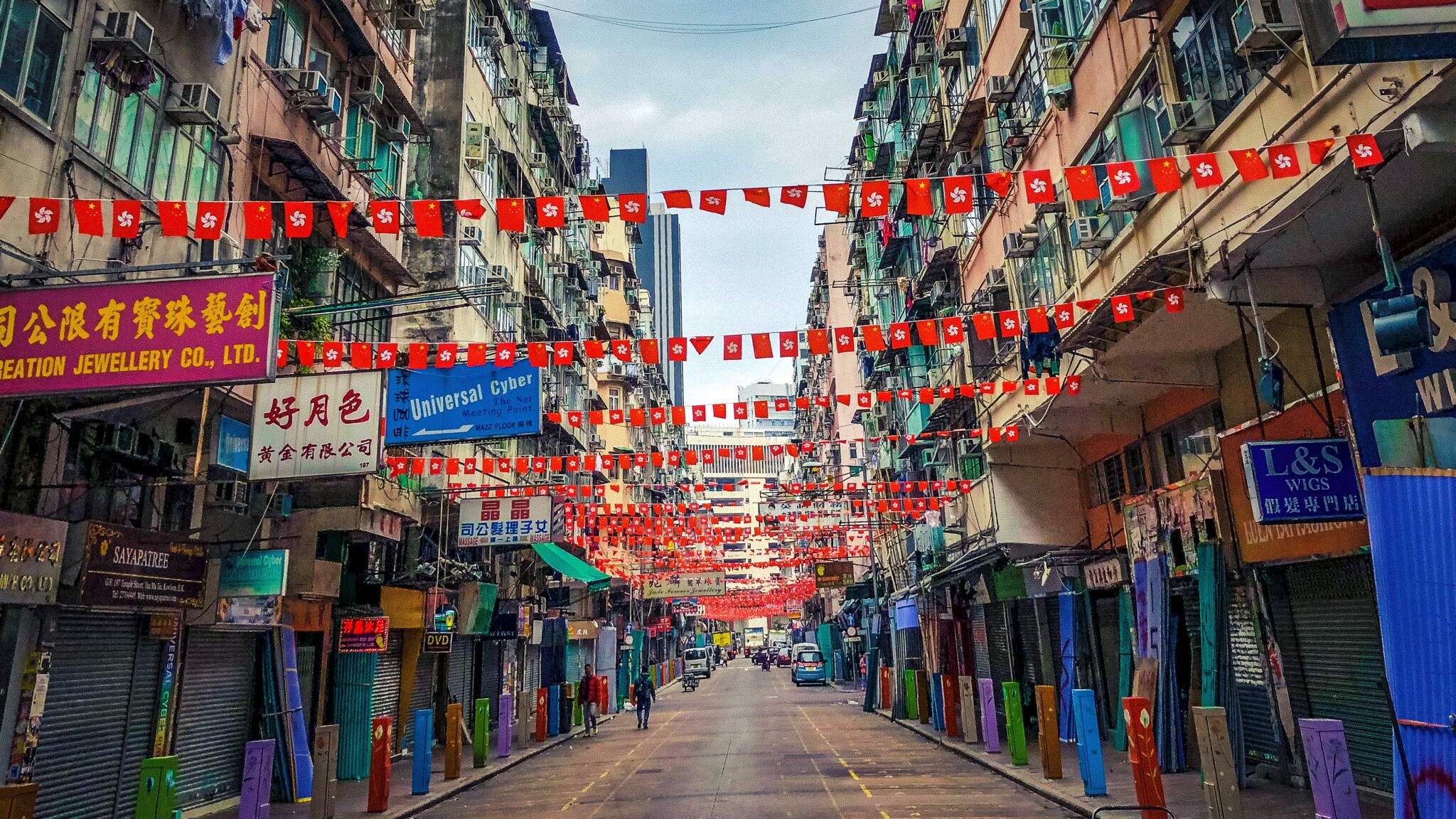 What is the value of meeting companies face to face that is particularly useful?
I’ll give you a real example of a company we met on this trip — ELGi Equipment. It’s a smaller cap company which makes compressors and competes against Atlas Copco, which is a giant and the number one market share company in compressors around the world.

It was hard for us to believe — the marketing decks looked great, the presentation looked great, the company management teams were able to answer all our questions. The first time we visited them, the thing that we were blown away with was the quality of the factories. This is a factory in a small town in southern India where you had to take a flight and drive 2 hours from the airport to get to that facility in the middle of nowhere.

The other thing that we observed the very strong culture of innovation. All the employees took pride in the work that they are doing, which are not things that you can assess on a PowerPoint presentation if you don’t talk to people on the ground. It was remarkable how they were all talking about the small tweaks that they have made.

One of the line manufacturers told us how he had suggested to management that they should move the equipment because it would make him more productive, and he would then be able to manage two of those stations instead of one. This is feedback that came from somebody on the ground, not management sitting in the office thinking of this using some fancy production planning charts.

We were only able to pick up on that kind of culture by visiting the company on the ground, so these are the things that we hope to pick up when we travel, which is much more than what is observable through a slide deck. Wasatch Global Investors is a fund manager for St. James’s Place.

Where the views and opinions of our fund managers have been quoted these are not necessarily held by St. James’s Place or other investment managers and are subject to market or economic changes. This material is not a recommendation, or intended to be relied upon as a forecast, research or advice.

The value of an investment with St. James’s Place will be directly linked to the performance of the funds selected and the value may fall as well as rise. You may get back less than the amount invested.

Some of the products and investment structures documented within this article will not be available to our clients in Asia. For information on the funds that are available please get in touch.